Back to all posts

I have been thinking a lot about what I wanted to say in this blog since it's about the most life changing and special experience of my life. I did finally have my baby, one week late. We tried to have her earlier...well my body was trying very hard to have her earlier! I went into labor Tuesday September 3rd and we went to triage but they sent us home b/c I wasn't dilated enough. They told us to walk, eat spicy food etc etc. We did all these things and the contractions got more and more intense, five minutes apart then seven then three etc, they were all over the place. I was in pain Tues night, Weds night and Thursday night, not sleeping a wink as my body kept on contracting and I could barely breathe through them. All my hypnobirth practice was really being put to the test. We kept going back to the hospital. They sent us home 3 times. I was starting to get pissed. By Friday 9/6, my husband called and told them we're coming in and we're not leaving without a baby...the Dr. finally agreed ENOUGH IS ENOUGH. And so the journey began again but now in the hands of a midwife and some nurses I'd like to think of as angels on earth. They gave me pitocin to speed things up. And THANK THE LORD, it DID! I had been in painful labor for four days at this point so I opted for an epidural. There were problems with it. My blood pressure dropped and it got scary, they fixed it but unfortunately most of the numbness was in my left leg (which wasn't giving birth!) and so I felt what it was like to give natural birth anyway. I was kind of delirious since I hadn't slept in three days and Steve was also very tired and worn out. My mom, dad and Steve all sat with me as we waited through contractions for Grace to be ready to come into or lives. When the midwife said it was time to have a baby, I quickly got Steve to turn on my playlist I had put together. I've never gotten through anything in my life without music and this experience would be no different. The songs were in no particular order and very random genres and artists but all songs I felt would either inspire or calm me. I'm not going to go into all the details of giving birth. Let's say it's the hardest thing a woman's body will go through and the most amazing thing as well. Every mom know what I'm talking about. I asked the nurses how long on average do first time moms push and she said it could be up to 4 hours. I was like, "ugh, seriously, I don't have time for that, I'm exhausted, have been having contractions from hell for four days with no meds and no sleep. I simply cannot push for four hours!!" Steve turned on my playlist, it started out with Romance in Eb then onto some of my other favorite classical piano pieces like Claire de Lune & Vocalise, plenty of Chopin...very soothing for the beginning. Then it went into some Local natives, Band of Horses, Iron & Wine and then Ben Fold's Gracie comes on and the midwife says here's the head, one more push and she's out...the nurses and midwife noticed the lyrics to the song and knew I was naming my baby Grace...they were freaking out..."OH MY GOD, IS SHE REALLY GOING T BORN TO THIS SONG??? This is INCREDIBLE!" Well, she started coming out during Gracie but wasn't fully out until Ben Fold's Jesusland (another great song!). It was pretty magical. It felt like a dream. They put her on my chest and I thought to myself, this can't be real, she's not all juicy and bloody and doesn't have that white vernix stuff they talked about in the birthing classes. She was perfect. She took my breath away & definitely helped take my mind off what my body just did and what it felt like. I still can't get over that she started coming out to Gracie. It was so surreal and I knew in my heart she picked that song. I pushed for one hour and six minutes and that song just happened to be on the playlist at the very moment her little head popped out, she knew what she was doing. Steve and I are blessed. We know a lot of new music will be inspired by our little bundle of love. The songs that played during her actual birth and shortly after in the delivery room: GRACIE, JESUSLAND, MOONRIVER (VINCE GUARALDI TRIO), THE LAST SONG (COREY PARRISH, her uncle), JAKE'S SONG (COREY PARRISH), GRACE (JEFF BUCKLEY), SO REAL (JEFF BUCKLEY), ISN'T SHE LOVELY (STEVIE WONDER), CARGO CULT (KAKI KING)...and many more. 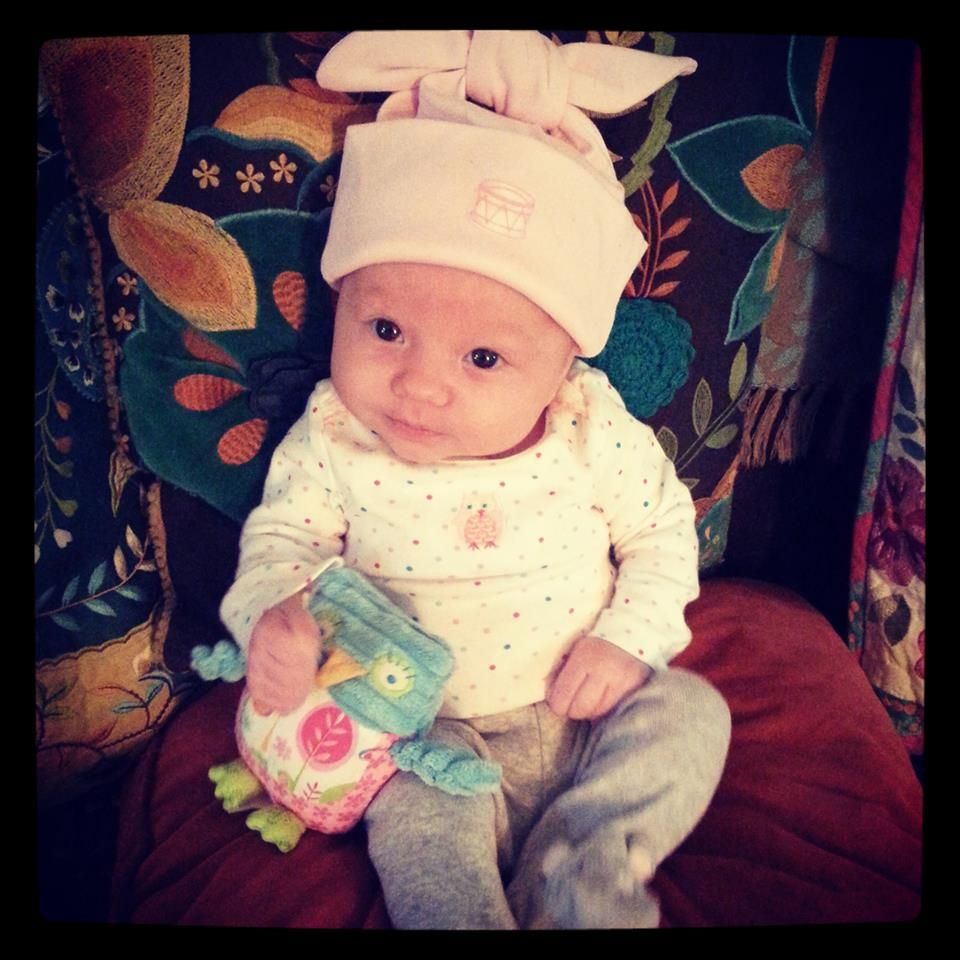 You can't fool me, I saw you when you came out
You got your momma's taste but you got my mouth
And you will always have a part of me
Nobody else is ever going to see
Gracie girl

Life flies by in seconds
You're not a baby Gracie, you're my friend
You'll be a lady soon but until then
You gotta do what I say